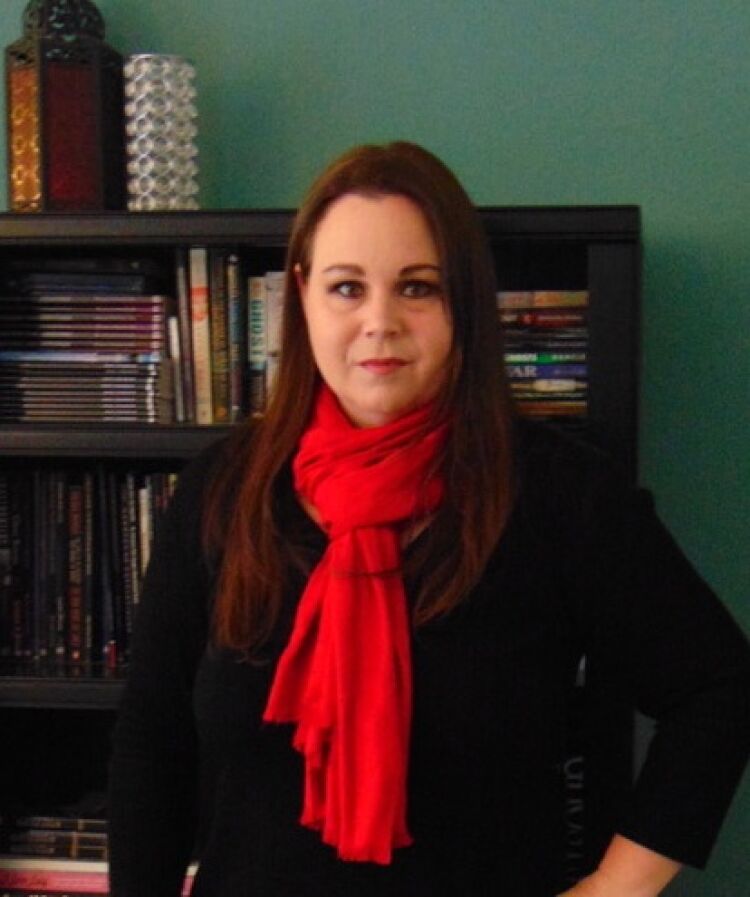 facebook twitter website
click here to book nicole strickland nowOne of the leading paranormal and afterlife researchers on the West Coast, Nicole Strickland has been interested in the supernatural since childhood.  Nicole is the founder and director of the well-respected San Diego Paranormal Research Society (SDPRS).  For ten years, she has hosted the “Spirits of the Adobe” tours at the iconic Rancho Buena Vista Adobe. Since 2009, Ms. Strickland has worked with Dale Kaczmarek’s Ghost Research Society, serving as the Southern California Area Research Director and California State Coordinator.

Blending her love of history, paranormal studies, and writing, Nicole has written several books related to history and the supernatural, including three best-sellers about the RMS Queen Mary. Ms. Strickland also contributes to Paranormal Underground Magazine as a writer and correspondent. She’s been featured in a myriad of media outlets, including local & national television, film, radio, and print.

With her passion, knowledge, and unique ability to tell stories, Nicole is continually invited to speak at conferences, business events, and libraries. She has offered compelling presentations at some of the best-known conventions, such as the Oregon Ghost Conference, Port Gamble Ghost Conference, Troy Taylor’s Haunted America Conference, Maritime Ghost Conference of San Diego, Preston Castle Benefit Paracon, Ghost Fest IV aboard the Queen Mary, Strange Escapes, USS Hornet History, and Mystery event, among others.

Ms. Strickland is the executive producer/co-host (hosted by Todd Bates) of WLTK-db’s Haunted Voices Radio, one of the longest-running radio programs featuring many guests from all areas of the supernatural. On October 8, 2020, she debuted her own radio show, The Afterlife Chronicles, on the same network.  Feedspot selected the show as one of the “Top 25 Afterlife Podcasts” in 2021 and 2022. Nicole holds a B.A. in Media Arts / Journalism from the University of Arizona and obtained her M.S. degree in Educational Counseling from National University. She plans on achieving a Ph.D. in parapsychology. Nicole is a member of the Golden Key National Honor Society.