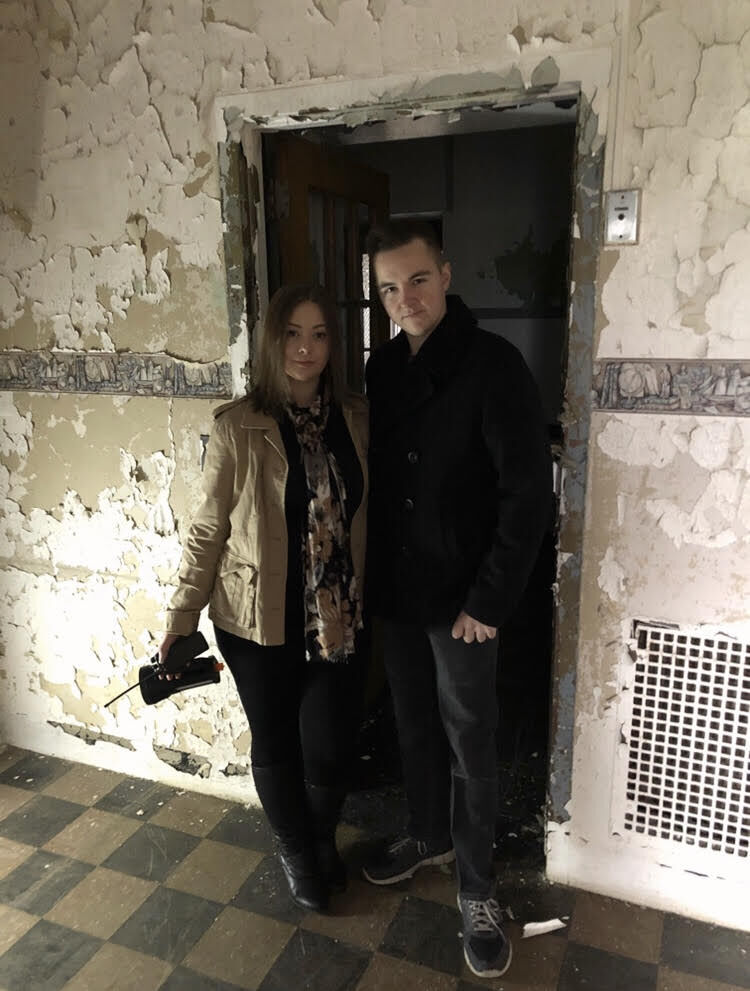 Cody Ray DesBiens and Satori Hawes are paranormal investigators/researchers with The Atlantic Paranormal Society (TAPS), which was founded by Satori’s father (Jason Hawes) in
1990. After working together on a few TAPS cases, they found that they had a connection to each other like no other. Cody and Satori found that when they are together... and only together... it seems that they have the ability to open a door to intelligently communicate with the other side. What makes their communication different than psychics or mediums is that intelligent communication can be heard by others too. This ability has enabled both of them to gain a better understanding of the other side and to help bring messages to those who need it most.

Cody and Satori are also the curators of “The Paranormal Couple’s Haunted Museum of
Objects, Oddities, and Curiosities.” What started out as a few reportedly haunted items from clients, grew into a large collection of objects from around the world. As Cody and Satori’s
names became more known to the public, their haunted collection began to expand. Today, “The Paranormal Couple” has dedicated their time and care to those in need, both living and dead.
They are passionate about saving haunted objects from destruction and helping those who feel the need to rid themselves of said pieces. Together, Cody and Satori are now bringing their
collection on the road to educate and inform others about haunted objects, trigger objects, and the care/precautions that come with them.

Join Cody Ray DesBiens and Satori Hawes on their paranormal journey...and learn what it takes to be an investigator and haunted collector.

Satori Hawes is a paranormal investigator/researcher from Rhode Island, involved with The Atlantic Paranormal Society (TAPS). Being the daughter of Jason Hawes, Satori has been involved in the paranormal her entire life. Having an interest in history, she loves to dive into the foundation of every case in hopes to find the core reason as to why a haunting may be
occurring. She also enjoys the emotional and social aspects of a case. She believes the human mind and emotion can be a large conductor for paranormal activity. Every week, Satori is
investigating a different case with TAPS. Aside from investigating, Satori is a college student
majoring in business and human services. On her free time, Satori is a talented self-taught artist. Satori has also been featured as a periodic guest investigator on Travel Channels “Ghost Nation”

Cody Ray DesBiens is a paranormal investigator/researcher from Boston, Massachusetts. He is involved with 2 groups based out of Rhode Island - TAPS (The Atlantic Paranormal Society)
and RISEUP (the Rhode Island Society for the Examination of Unusual Phenomena) specializing in audio and technical investigative equipment with knowledge in different types of
energy fields and physics. Most recently, Cody has been featured as a periodic guest investigator on Travel Channel’s “Ghost Nation”.When it comes to the paranormal Cody likes to
take a "Fact-based, unbiased, technical approach, while using common sense."Every week Cody is investigating or working on a supernatural case with either Satori, TAPS, or RISEUP for
private clients in the New England area. In his downtime, he has a passion for exploring and testing new theories, equipment, and techniques in his office. Aside from paranormal
investigating, Cody is also a Voice Over Specialist and has done various voice-overs for fundraising commercials, radio commercials, and other projects. He has also done Public
Address Announcing for sporting events such as Major League Baseball games, and large entertainment events such as Comic-Con. Cody has also survived leukemia by having a successful bone marrow transplant in April of 2013.

All The Paranormal Couple photos: 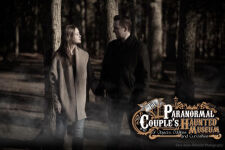