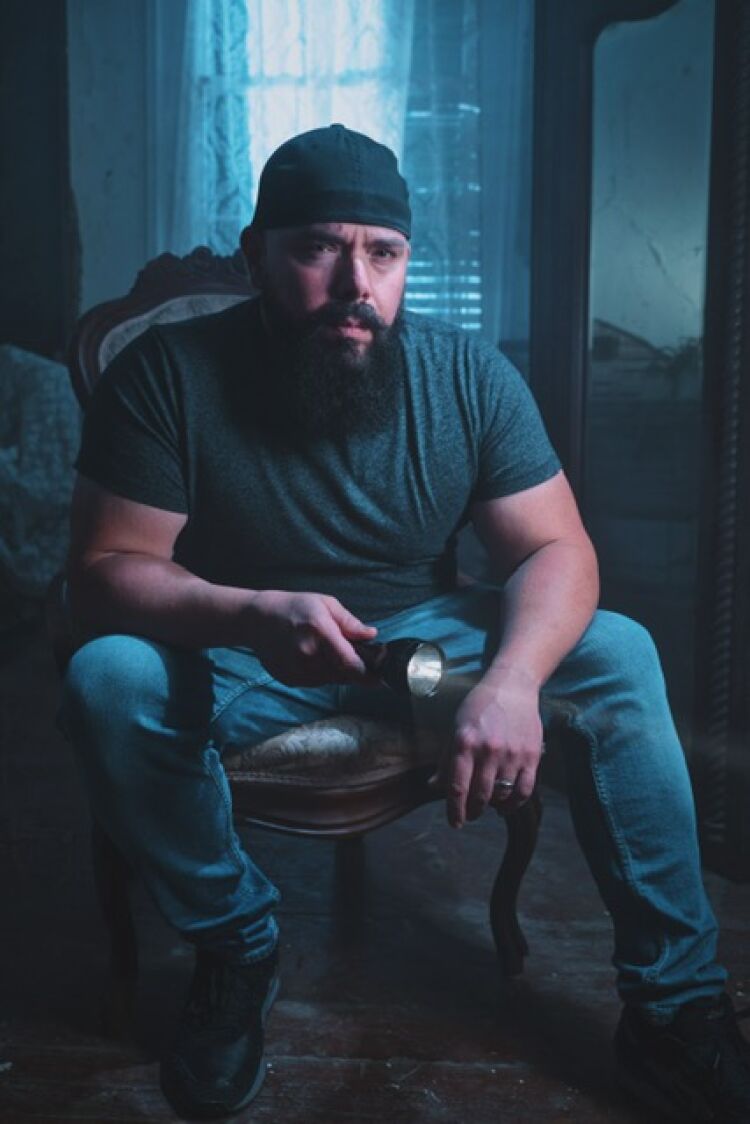 facebook twitter website
click here to book daryl marston nowDaryl started his journey in the paranormal by complete accident in October of 2005 when he was invited to a local Ghost Hunt. Up to that point, he was a complete skeptic but was extremely interested in the thought of life after death. During this investigation, Daryl witnessed a half-bodied apparition. Not understanding what he saw that night Daryl started his quest into proving life after death. For several years after this encounter, Daryl sharpened his skills by investigating local haunts in his area.
In 2011 Daryl started his own team called “Breakingparanormal” and started expanding his reach by traveling to investigate some of America’s most well-known haunted locations such as Eastern States, Moundsville, Anderson Hotel, The House of Wills, and many more. After several years of investigating with his team, Daryl decided he wanted to take a change in pace. He started his own Livestream/ Podcast called The American Ghost Hunter Show. After a couple of years of live streaming, the show grew and finally ended up on the well-known streaming service called “Paranormalwarehouse” where he was given the opportunity to go worldwide. This resulted in the show becoming extremely popular and growing quickly. This is also where producers from Ghosthunters found Daryl and he was given the golden opportunity to become the co-lead investigator on the hit paranormal show “Ghosthunters”. Shortly thereafter Daryl became co-owner of “Paranormalwarehouse” where they’re currently producing their own series called “Epic Haunts”. Daryl is proudly Executive Producing and staring in the series.