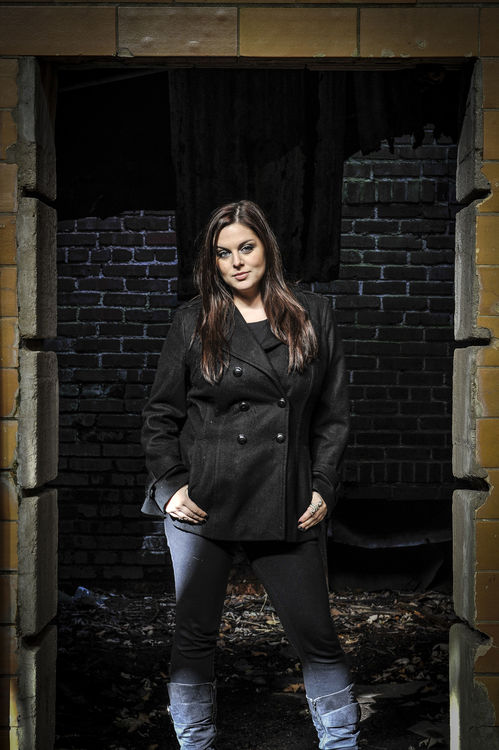 facebook twitter website
click here to book katrina weidman nowKatrina Weidman, like many paranormal investigators, has had a passion for the supernatural since she was a young girl. Growing up in haunted houses and having unexplained experiences left her with a desire to seek out the unknown.

A graduate of The Pennsylvania State University, she has been working as a paranormal researcher since 2006. During her Penn State days she joined the world-renowned group, The Paranormal Research Society (PRS), and worked as their interviewer/case manager for several years (2006-2011).

Currently, Weidman can be seen hosting, alongside Nick Groff, “Paranormal Lockdown”. A paranormal investigation show where Weidman and Groff are confined to a haunted location for 72 hours in the hopes of encountering paranormal activity and documenting it. Paranormal Lockdown can currently be seen on Destination America.

In addition to her work in the paranormal and film/television Weidman is involved in many other endeavors. She’s the lead singer of the alternative rock band, Away from 30, lecturer, and a volunteer crisis counselor. She has also debuted a new haunted blog series, Haunted Kitchens, exploring the real-life paranormal events in haunted restaurants, bars, and B&Bs via her website, www.katrinaweidman.com