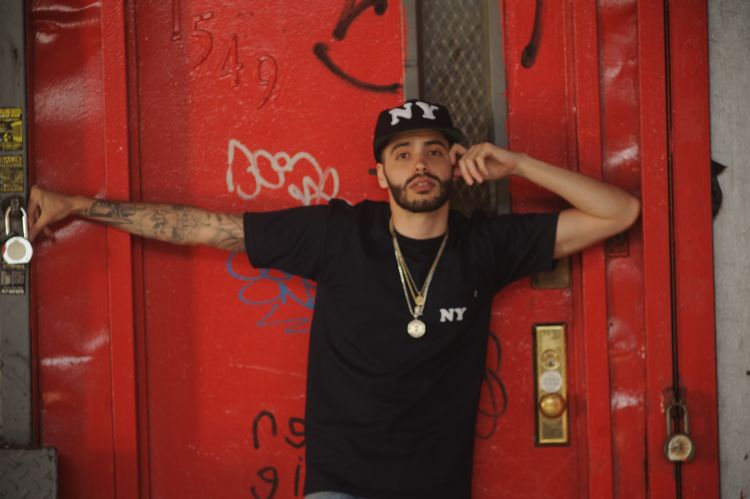 facebook twitter
click here to book shane romero nowShane Romero, an artist from Bed-Stuy Brooklyn. He's got a sharp tongue when it comes to his poetry, attacking venues like a set of flying knives at the mere tender age of 16. His poetry is a reflection of his personal life, what he endures on a daily basis put into tongue twisting words. In his writings he takes a direct shot, addressing issues of the inner city including but not limited to race, violence, the uphill battle of love and his efforts of bettering himself. He strives to touch everyone within earshot of his story, hoping his audience can not only relate but learn from his words, as some may be pushing through a similar battle.

At a young age, Shane achieved his dreams of being a full time spoken word artist. He has taken part in major poetry slams throughout the states. Moving to Los Angeles, Ca for a short period of time where was featured at countless venues and colleges throughout the West Coast. Being a member of three national poetry slam teams, in 2010 Shane took second place in group finales at the national poetry slam held in St Paul, MN. Shane has shared stages alongside many nationally acclaimed poets, completed multiple nationwide tours, and has taken on the world while on the international “Just Weight” tour. He was part of a traveling play production "The Male Ego", up-to-date Shane still provides work for Hip Hop Mogul Russell Simmons’ YouTube Channel (All Def Digital) and clothing line Argyleculture. In summer 2016 Shane broadened his horizons by taking his talents to the big screen, starring in the movie “Fight Your Way Out” set to hit theaters in 2017. Due to his game changing poetry and performances he's been interviewed and/or featured by sites such as Huffington Post UK, Literary Manhattan, and Global Grind. Shane continued to spread his talents throughout many different avenues. In 2016 he landed himself the title of Poet Brand Ambassador & co-creator of Jack of all trades, a program launched by the world renowned liquor company, Jack Daniels.

Shane strives to give back to the community, with big focus on the youth who will follow in his footsteps. In 2008 he was the coach for the Inland Empire BNV youth slam team, held in Washington DC, which was featured on HBO. While touring the world, Shane teaches creative writing/poetry workshops to all age groups. While at home in New York City, he prides himself on going back into the same public school system he grew up in, teaching the youth that achieving your dreams is in fact real. Running programs which help young men of color succeed into grown men, closing the achievement gap so many have experienced. On stage, Shane Romero will continue to bare his story, his life, his struggle and his triumph, until the last word falls from his throat.

"I speak for the unspoken." -Shane Romero