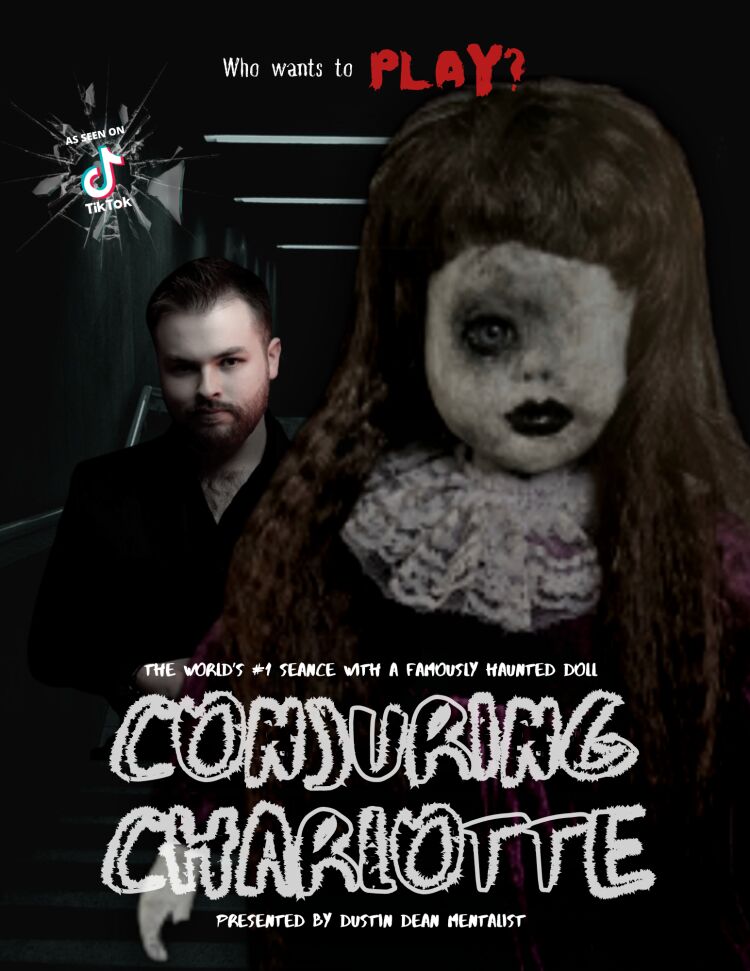 facebook website
click here to book conjuring charlotte presented by mentalist dustin dean nowA famously haunted doll, with over 15 million views and 100 thousand followers on TikTok from around the world, now coming to YOUR school exclusively for the Halloween season!

Conjuring Charlotte is a live and interactive haunting presented by Dustin Dean Mentalist featuring viral sensation, Charlotte the haunted doll. A show unlike any you’ve seen before, based on the seances performed by psychic mediums in the early 1900s.

Dustin will guide the audience through a live seance and haunting in which an attempt will be made to contact Charlotte’s spirit. During the show, you may expect to SEE objects move on their own, HEAR Charlotte communicate with you in mysterious ways, and even FEEL touches or taps from an unknown source!

Expect the unexpected and experience the unexplained, with Conjuring Charlotte presented by Dustin Dean Mentalist. Now available to book!